“Oh! You too? I thought I was the only one here who loves high school movies.” I enjoy them more when they are flavored with some stupid romance between the nerdy girl and the cool dude. But sometimes I wonder why I do not get bored with the same storyline repeating itself in each movie. “You have noticed it too, do not you, that clichés have made room for themselves in fiction writing?” Maybe all the creativity in writing scripts has been used and there is nothing new to produce or perhaps the audience loves this sort of spice even if it is becoming a cliché. To find four clichés in the storyline of movies continue reading. 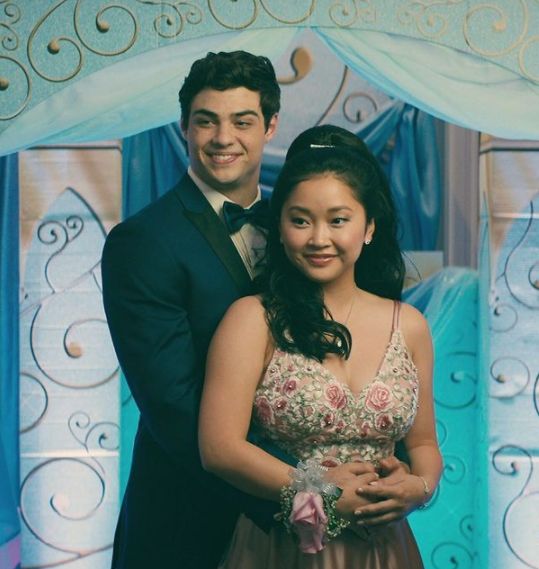 Every teenager loves this series 'To All the Boys I have Loved Before'.

A Nerdy Girl Meets a Playboy

You would have watched such Netflix movies where a playboy suddenly falls for a nerdy girl and goes crazy in love with her. A girl sheltering her eyes behind those big googles of hers, ignoring boys, and always immersed in her books gets bothered by a playboy. She hates him on a chemical level in the beginning. They both would share a class and would often get into arguments. The boy would bet his friends to trap the girl but falls in love for real. The girl figures out that his nature is different from how he has been framed at campus and to her surprise he is the type of guy she has always imagined as her prince charming. And thus, a love story begins between the two. 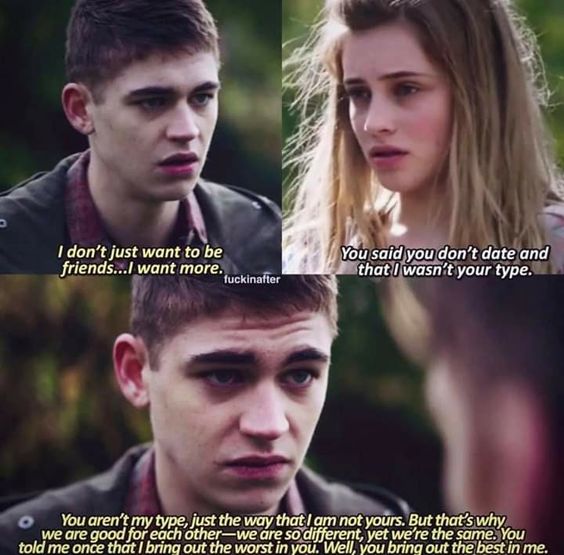 The bad boy with tattoos falls for the nerdy girl. From "After".

The Popular Boy Saves the Girl Getting Bullied

So there exists an innocent girl with an awful dressing sense and getting bullied at school by the popular girls. The girl would have low self-esteem and would use to think that she is not beautiful enough and nobody loves her. Meanwhile, there is this hot guy in school who is the dream boy of every girl. Everybody would be dying to become his girlfriend and so do the popular girls. The bully girls group would try to make a cool image in front of him, but things would go against them. He would become the savior of the innocent girl getting bullied. If the guy is generous enough, he would develop a bond with the lonely girl and show her his world. Till now the girl would have already developed some emotions for him and she would want to change for him. And the movie would have a happy ending both of them going to the prompt together. Now going to the prompt is my favorite part!

Insecurity of the Girlfriend for her Boyfriend Going to College

The romance between the girl and boy has just begun and it is already the end of the academic year. The boy used to be in his senior year and the girl is just a junior. And if they both are seniors, they are not getting into the same IVY League College. It is also the end of the movie and you have to wait until its next series releases to see what happens or the movie continues with conflicts taking birth between them. 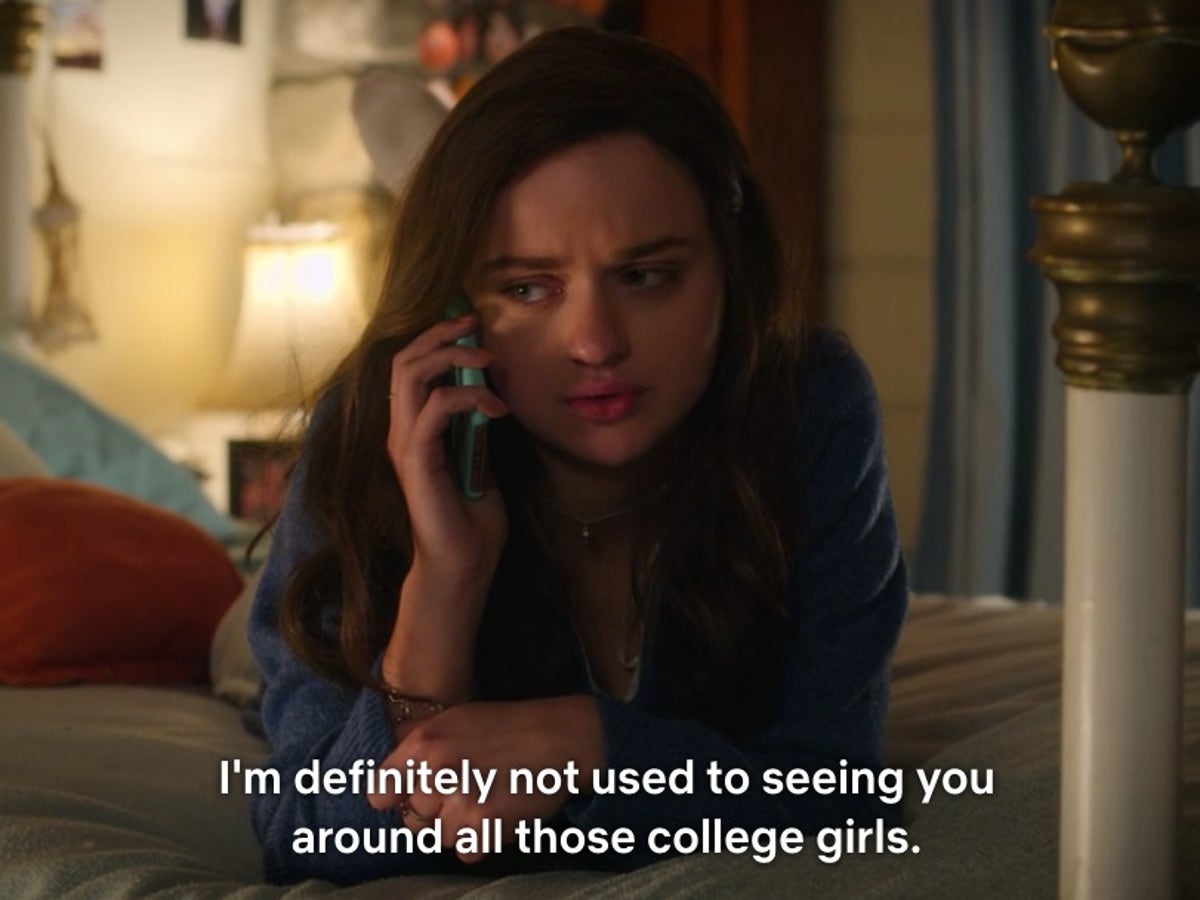 Girls always overthink and get jealous of their boyfriend's friends. The boy posts a picture with his other girl friends and his girlfriend burns to ashes after seeing that. Moreover, he forgets to call her, and she thinks that she is no more important to him. He sends a late birthday wish because he is planning a surprise and the girl already ruins the mood: a phone call with exploding emotions and accusing her boyfriend of cheating on her. They would break up and patch up several times and in the end, the boy does something extraordinary for the girl and the girl realizes that she is the only girl in his life. Taa daaa another happy ending.

The Quiet Guy and the Talkative Girl

In my opinion, this combination is the best one. The boy is mature and bold while the girl is really childish and enjoys her life to the fullest. The guy is a lonely one but handsome enough to be in demand. However, he has no interest in girls or getting a girlfriend. He prefers staying away from all the fake glitters of high school and sits alone.

Then there is this dramatic entry of the chill pill in his life. The fun girl accidentally interacts with him or for some other reason like a pair assignment they spend some time together. She talks and talks, and he listens to her stupid stuff. Then he cannot forget the time spent with her after the task ends. . She is really daring, and he falls for her little things because she taught him how to live life. And the movie progresses towards another happy ending.

At the End of the Day

So, you know why I like wasting my time on these clichés? Because I live my fantasies of high school through them. All of us like the idea of western high schools if not for the prompt, then for those personal lockers in their corridors. Others may like soccer or cheerleading or blaah blaah blaah but applying to IVY League Colleges is the best idea presented in these movies. If it makes you any happier then keep on watching the clichés and enjoying the usual spice.