Highlights of Halloween 2021: Harryween and Halloween in Pakistan

Halloween is not a native festival celebrated in Asian countries, however, it has become common in the last few decades. Now people in Asian countries, even like Pakistan, party all night on 31 October depicting different characters. An insight into the origin of Halloween by History.com says: “Halloween has its roots in the ancient, pre-Christian Celtic festival of Samhain, which was celebrated on the night of October 31. The Celts, who lived 2,000 years ago in the area that is now Ireland, the United Kingdom, and northern France, believed that the dead returned to earth on Samhain. On the sacred night, people gathered to light bonfires, offer sacrifices and pay homage to the dead.” (History.com) 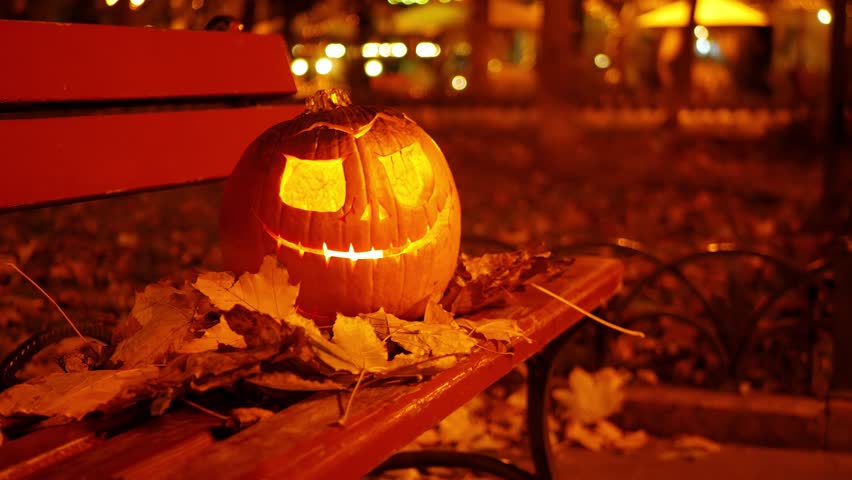 Halloween and its Trick and Treat

Halloween is pre-Christian but the custom of trick and treat is introduced by the Americans around 1951. People majorly get knowledge of Halloween from western comics or movies. Disney is among the industries which produce excellent animations having the concept of Halloween. Coco is an example of such Disney pictures wherein a scene folks are shown offering homage to the dead: bet you have watched it. Halloween used to be associated with the time of the year when boundaries between the dead and the living were reduced to dust and the dead would return to the world. 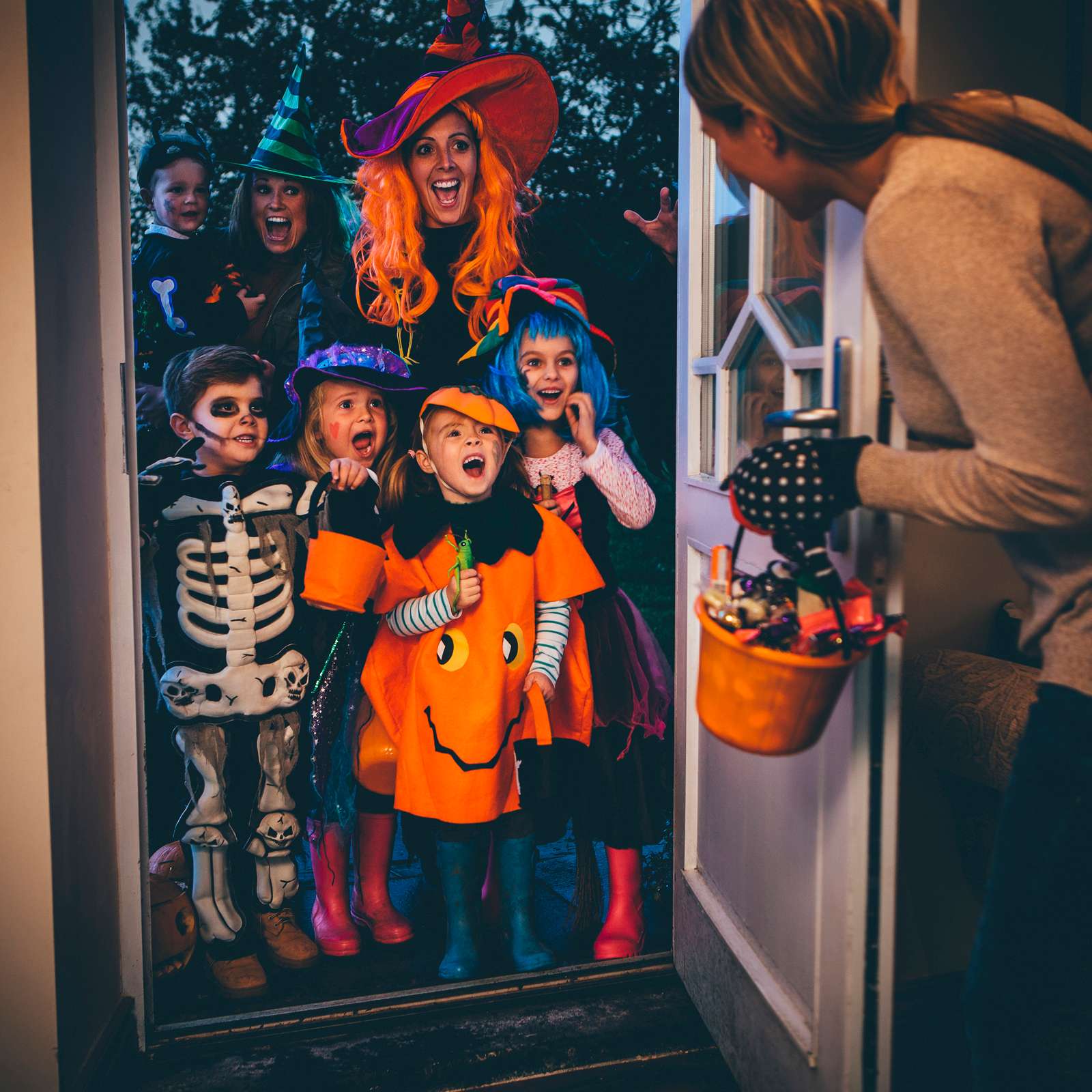 Moreover, it used to become a symbol of the end of the summer season and begging of a new winter. Now, in popular culture Halloween has become an activity of trick and treat, carving lamps, and dressing up in different costumes. Dressed in costumes of vampires, skeletons, fairies, kings, queens, and whatnot, children carry pumpkin buckets and knock on doors to receive treats. ‘Trick or Treat’ is the way of asking for a treat at each door.

There is always a debate going on between whether Halloween should be celebrated in Pakistan or it should not be made a trend is always going on. Meanwhile, each 31st October one can see the pumpkins and Draculas all over social media.

It has become a culture in Pakistan’s fashion industry to celebrate Halloween each year. People suggest different reasons why our stars have to enjoy Halloween. Some are ridiculous just like ‘they don’t have many ways to entertain themselves or ‘to party with mates and they need excuse’ or one could be our fashion artists are very creative and they have a lot of costumes to show off. Anyhow there is a list of unending ideas from fans.

Halloween was here again this year and our artists handled it in a toned-down manner due to Covid. However, our celebrities did not restrain from coming up with jaw-dropping costumes and surprising fans.

In fact, Halloween was coined with harry and turned into a Harryween, which was celebrated this 31 October. Harry Styles, one of the members of the once famous boy band One Direction, threw a party in New York: which is being considered as best Halloween party ever. 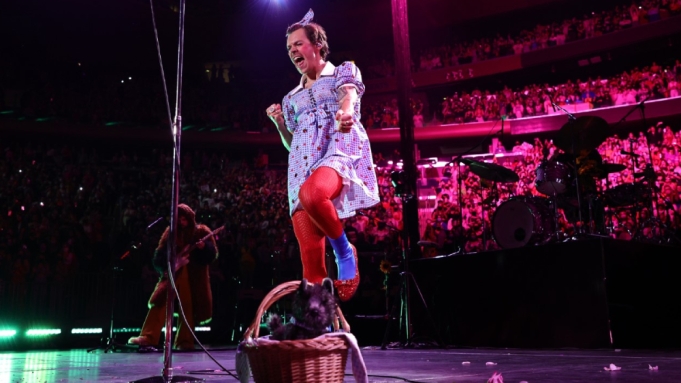 The event was not only a Halloween party but also a concert by Harry Styles. Everyone was encouraged to make their presence in their best costumes. Fans also made sure to attend it: the words ‘Dress for Harry Styles’ was commonly spread among them. You could see people dressed in Disney characters all over.

In pictures of after the Harryween party one could see Harry Styles depicting Dorothy from ‘The Wizard of Oz’ at the concert. Dorothy Gale is a fictional female character created by an American author. There could be a lot of reasons for Harry Styles dressing up in a female character. He was also featured in Vogue Cover in November 2020. The music czar wore a Gucci Gown and a black jacket back then. Maybe Harry Styles is aiming towards breaking the concept of toxic masculinity. It’s not that he is the first person to try so, but the fact that he is showbiz already brings him more attention and respect for trying to break stereotypes. 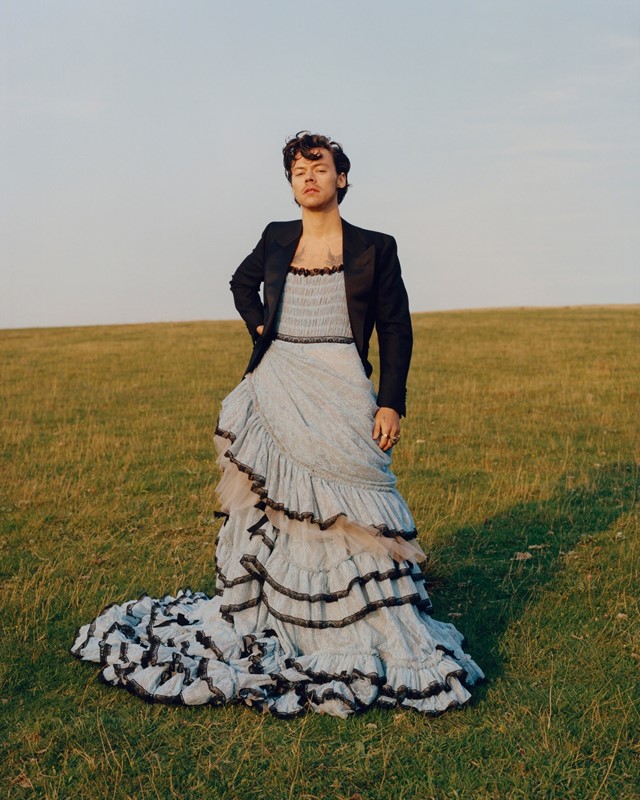 At the end of the day, Halloween is to commemorate the memories of saints. Which now has taken shape of partying, trick and treat, going to scary places, watching horror movies, crafting lamps, and many more fun activities. Its origins trace back to the West but effortlessly it has taken over in Asian countries where people cannot go off without celebrating this trend. For more reading follow these links. Happy reading!