If the term bitcoin is new to you, you will probably go and goggle the most searched phrase nowadays on the internet ‘what is bitcoin?’ Bitcoin is basically a digital form of money. But have you ever wondered what money is? Money is anything of value or money is something that brings you anything of value. You are giving money to the shopkeeper you do your daily groceries from and in exchange he gives you groceries that are of value to you. There was a time when people used to carry gold with them and there was no paper money. In those ages, gold was of value to them. And there existed the barter system.

Now people carry paper money instead and do all the exchange through them so that they will not have to cut their gold into a hundred pieces to buy a cup of coffee. This money is called fiat money and operates under an authorized system, the government. This centralized system can generate as much money as they want. But what will backfire is the inflation produced in the market and the value of that currency will erode. Simply if your government produces more money you will have to pay more for the things you buy. This authority of doubling money legally rests in the hands of the government only. It is called ‘the double-spend problem’, where one cannot double their money even through their credit cards. Because the centralized government keeps track of what you own and whatnot. The government can freeze your accounts and deny your excess anytime.

Many people tried to invent digital money but none successfully created digital money without a centralized authority before inventing bitcoin in 2009. An online document came out, also known as ‘whitepaper’. The owner called Satoshi Nakamoto suggested creating a decentralized system of digital currency which solves the problem of double-spending. 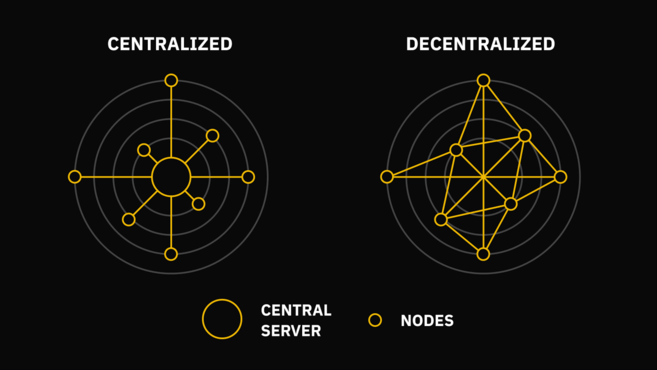 Now the difference between our digital money in banks and bitcoin is that you cannot know the information regarding transactions and everything from a bank’s system as you are not allowed access. But you can sneak and peek into the system of bitcoin. It gives you transparent access to see several transactions and when they were made. However, what you cannot know is who made the transaction and who owns the digital balance. Sneaking and peaking does not make the system of bitcoin insecure. Because the system is decentralized that means all the information is not managed by only one system but is stored in thousands of computers constantly copying and updating data. The systems which keep copies of every single transaction are called blockchains. Therefore, nobody can hack a thousand computers participating in this system, even if they know the number of transactions and the date they were made.

Bitcoin: Your full control Over Your Money

Bitcoin is a type of cryptocurrency which gives you full control over your money. Unlike fiat money, you do not have to ask the bank to transfer your money, make deposits, or withdraw money from your account. You do not need to ask for permission for making transactions and you can simply do whatever you want to do with your money.

Those who invest in digital currency first sign up and solve complex puzzles to get verified by the blockchains. Then they have to continue doing so to mine money and they receive rewards for doing so. If it is this simple to earn digital money why would someone not keep on solving math problems and puzzles to increase their balance? The answer is pretty basic. Satoshi designed the algorithm of bitcoin in a way to control inflation. The more problems people crack and the difficulty level of the problems are directly proportional. More people would join this plate form and would be able to nail the puzzles and they would be rewarded but the difficulty level of the next question will increase with it. And the probability is very unlikely that the same person who cracked a problem would be able to crack the upcoming ones as well. Thus, it limits one person to earn a lot of bitcoin.

Just like the credit cards and debit cards for paper money you can have your bitcoin credit cards to make transactions. You can do money transfers to buy tickets, book a hotel room, or order a pizza. Digital currency is getting accepted in many places and it is not so far that cryptocurrency will be the major way to exchange.

Hello! I am a professional SEO article and blog writer and writing here to give you the best information.