“If flying chapel was an Olympic game Pakistani mothers would win a gold medal.” Sounds familiar right? The culprit’s eyes would remember receiving such rewards at home. When one goes back to their traditional families after spending an eternity at the hostel, one enjoys the comedy show whether the chapel is flying after them or their siblings. Summer break is the time when all of the siblings get together. And one’s home turns into a PTV Serial. Each member plays a role and contributes to the drama: siblings' rivalry. Parents are the main role, the youngest and eldest siblings are rivals, and each side always roasts the middle ones. The crossfire catches the middle ones. 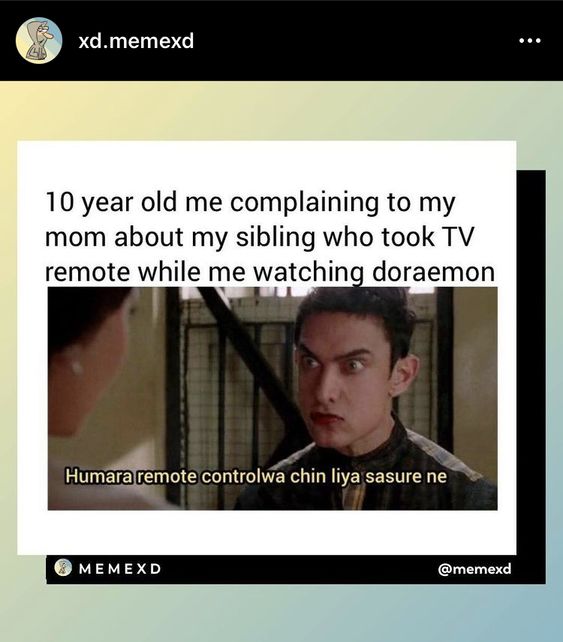 Growing up, you even took the remote to the bathroom with you.

Just Give Me the Damn Remote!

Remote is the most valuable asset if you still like watching television with your siblings. And it is the reason that your home becomes the WWF Stadium each night. But this siblings' rivalry between you and, most probably, your younger siblings is what adds spice to your home diaries. “Do you agree?”

Siblings have the same affinity as for remote for their android chargers and earphones. Not to get beef with each other later, they set clear expectations. "I can donate you my kidney. I am afraid I cannot say the same about my android charger."

An episode from my summer diaries: covering up crime scenes.

It is an episode from what happens at my home: about the mess I ironically create at home with the determination of serving. I am a dumb ass and thus my mother is always after me giving me death threats. When I try to help her out, paradoxically a mug crash lands here and a jug takes its last breath there. Then either I have to cover the crime scene removing every last bit of evidence or google ‘tips for surviving at home after the mass murder of your mother’s favorite tea set’. Moreover, removing evidence also includes bribing my brother to keep his mouth shut and act he has not seen anything. Otherwise, he blackmails me for the rest of my life. The fact is my brother and I are like a man’s two wives where one wants the other to be kicked out. 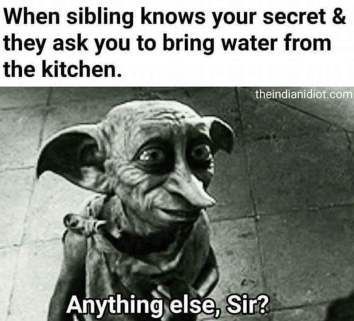 At your sibling's service

My bond with the kitchen is a bit lethal. When the utensils see me coming they hide yelling “the serial killer is here, run for your lives”. I cause disaster after disaster in the kitchen. It is not that I make mess willingly, it is merely a side effect of spending half of my life at hostels. I was 12 when I left for the hostel the first time. Therefore, I am not a big fan of the kitchen either and even when I have innocent intentions everything goes wrong. I sometimes imagine if I were supposed to pay a dollar per mess I had created, it would be enough to run our home for months without other sources of income.

At the end of the day